CONNECT people!!! That’s why we’re here! This is a great opportunity thank you for you to promote your blog and connect with those who share your heart! ♥️ 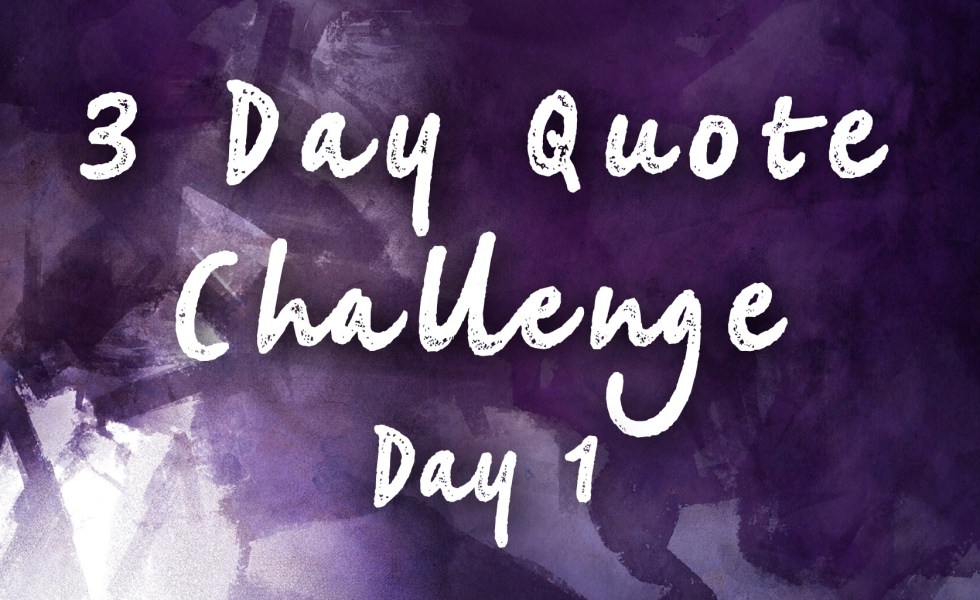 I was nominated by Manuela @inaloveworld to participate in the 3 Day Quote Challenge.

Stop giving people the power to steal your peace. It belongs to you and no one should be able to run away with it.     ~A. Elle

I love this quote so much because I have struggled with that for a long time; giving other people my peace. I am what I like to call a “recovering people pleaser.” While in this season of reflection and self discovery, one of the things I am seeking understanding on is the origin of this. When did this start and more importantly, why?! That’s probably a post in and of itself for a later time

Hurt knows my name, I’m no stranger to pain. Life knocks me down, but I always get up again. ~Joni grieftolife.com

This is my motto. For several years, my life has consisted of a daily walk through struggle and pain. We all know pain and loss. We are going to be knocked down. The important thing is to always get back up!

Thank you to Manuela https://inaloveworld.wordpress.com/ for nominating me for this challenge!

1.) Thank the person who nominated you.

2.) Post a quote for three consecutive days (1 quote for each day).

3.) Share why this quote appeals so much to you.

Yay! @scatterwisdom is my 200th follower!

Thank you so much to each of you that have followed my blog! I remember how scared I was to put my heart and thoughts out there for everyone to see. I am so thankful that I did as it’s been so good for me! I love my little community here! ♥️

Power in Being Real

Awhile back I had finally worked up the nerve to watch one of the sermons Jonathan preached. I knew shortly after turning it on that it was something I needed to hear. My counselor once said that God knew back then what messages to speak through Jonathan, what people needed to hear. This one was all about being yourself, being real. He spoke about how God truly does create each one of us unique and with purpose. Jonathan used an analogy of how people always want to be someone like else. Like him wanting to have the gifting of teaching and knowing the Bible inside and out, like others he knew. Or, someone wanting to be like him and having the gift of being a great musician.

If we are always looking to be more like someone else, we are missing out on doing the work God has for us to do. Much like a machine having many parts that need to perform a specific function in order for the machine to properly work as a whole, we as individuals are needed to use our own special gifting in order for His plan to come to pass. We are all pieces of the puzzle that are put together to do God’s work.

My husband was far from perfect and he was the first person to admit that. However, he was courageous enough to often make public the mistakes he made. In that honesty, people’s lives were touched. People felt free to be themselves and know that no one is perfect. You don’t have to live in the shame that was your past. You aren’t defined by the mistakes you make. God can clean up and heal the mistakes we’ve made. If we were perfect, we wouldn’t need him right?

I am reminded of the following Bible verse: 1 Corinthians 4:5 Therefore judge nothing before the appointed time; wait until the Lord comes. He will bring to light what is hidden in darkness and will expose the motives of the heart. At that time each will receive their praise from God…

I am still traveling through this painful path called grief. But, being able to share Jonathan’s words and stories makes me feel good. His life on this side of heaven meant something. And the revelation that his life can continue to touch others long after his eternal journey in heaven began, gives me hope, even if for now it’s just a glimmer. We may not be able to see him. We may not be able to hear his voice. But I assure you that he is not gone. And as much as I would trade anything to have him here with me now, I am honored to be able to keep his memory and powerful testimony alive until I’m with him on the other side. So, that is what I choose to do. 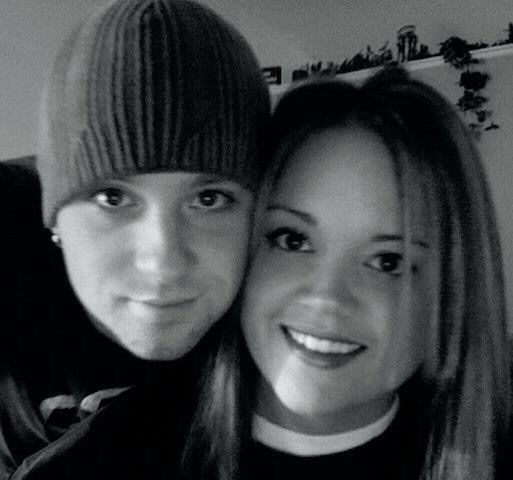 Be confident in yourself and who you were made to be. Know who you are, own it and be proud to be unique. Don’t hide, put on a mask or play a role. Be the same person Monday -Saturday as the the person who walks into the church building on Sunday. When you are real, others can be touched by your imperfect life and journey.

Looking Back to Move Ahead

I’ve been pretty quiet lately. I’m in a time in my life where so much is uncertain and I’ve been forced to do some major reflecting.

Reflection can be difficult for me because it often means taking a look at the things that, quite honestly, I would rather not look at it. But, I realize how incredibly important it is.

I have the following immediate goals:

1) Going back and looking at the (biggest) things that have caused me hurt in my life. I’m going to think about them, feel whatever emotions come to surface, deal with them, and close the door.

2) I’m going to list the people that have hurt me deeply. I’ve always considered myself someone who forgives easily. But I’ve found that when someone wounds you deeply, it really isn’t easy to let go of the hurt. I HATE to hold on to things. I really don’t like to think of someone negatively. But, when those hurts keep popping back up into your heart and mind, you truly haven’t forgiven. The truth is, that unforgiveness hurts you far worse than it does the one you have been hurt by.

3) There are things and my people from my past that I have to say goodbye to.

I’m pretty certain that this process isn’t going to be pretty, but I know in my heart that I cannot move forward in my life without dealing with these things. I hope I’m brave enough to share some of my feelings as I go through this process.

What about you?? What things have you found that you just can’t get past? What things are holding you back from moving forward in your life?

Being stuck in the past is like walking forward with your back facing the front. You will always miss out on what’s in front of you – unknown

If They Wish To Leave, Let Them Go

If They Wish To Leave, Let Them Go

Because He died and rose, we will see our loved ones again.

Happy Easter to all of you ♥️ 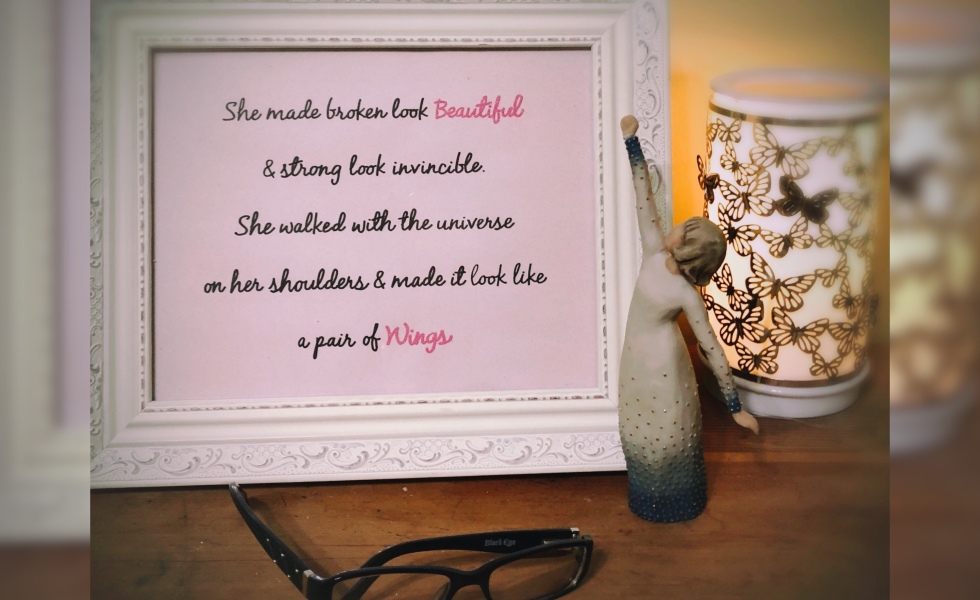 I did something today, something very simple, that actually holds great significance. I ordered new glasses. Big deal right? Yes. Yes it is.

I had my yearly eye appointment to get my contacts. I wore my glasses there because I was actually totally out of my contacts. While I was there they had me read the chart with my glasses on first. That didn’t go so well! The doctor said, how old are theses glasses? I hesitated but replied, “9 or 10 years old.” He didn’t ask why but said, “wow that is surprising, especially since your prescription has gotten so much worse.” I quickly changed the subject, we finished the exam and then I went back into the main room to talk to the ladies about ordering my contacts. One of them pointed toward a section of glasses and told me that insurance would pay for two pair of glasses in that area. I didn’t say much but humored her leading and looked through the glasses, finding something wrong with each of them. I finally gave in and let her choose the ones she said would be perfect for me. I then sat down across from her as she was processing my order. At this point I am wearing contacts that the doctor gave me. I look over and see my glasses sitting there. The lenses are so scratched up I don’t know how I saw out of them at all. One side of the glasses would close in but the other side would not because of my famous superglue repair jobs.

Get to the point already Joni! 😂😉

The reason I hadn’t replaced those glasses is because I was wearing them the day that my husband and I were in that horrible accident that claimed his life. The craziest thing is that they were one of only a few things that made it out of that vehicle with me.

I remember going off the road and hitting the ditch, closing my eyes and bracing for impact, and then…the scene before me as I opened my eyes. This isn’t the post to spend too much time describing that scene but I will say, because it’s relevant, I saw destruction. I saw a seemingly endless amount of broken glass, among other things. I look to my left and sure enough, there beside me I see those glasses, surrounded by destruction but just sitting there.

So, I hadn’t realized it but I have held on to them for that reason. I couldn’t let go of them. Until now. What may seem small to most was huge for me.

I don’t let go of Jonathan because I let go of those broken glasses that I found amidst that broken glass. I hold him in my heart, forever. As I continue to pick up the broken pieces of my heart and allow God to piece them back together, he is with me. I’m moving forward, without leaving him behind.

And guess what?!! My vision is improved….

The Pain is Worth the Cost 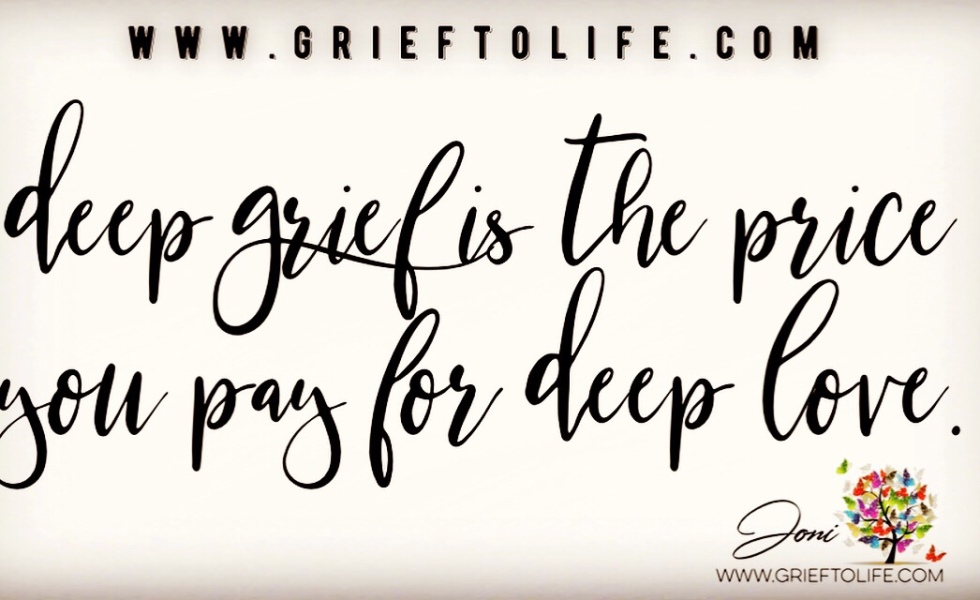 The pain of losing a spouse and watching your kids grieve the loss of their parent, brings a sorrow that I can’t quite put into words. It’s unlike any feeling I could’ve ever even imagined.

It is said that “it” gets better in time. Just give it time. Time heals all wounds. As well meaning as the one saying these things might be, it’s just not true.

“It” doesn’t get better and it most certainly doesn’t go away. But, you do learn to live with it. It becomes a part of you. Just as the person you grieve leaves an unexplainable void in your heart and life, the impact they had while living leaves an imprint in who you are. As you carry the pain that their loss leaves, you also carry them with you.

Deep grief is the price you pay for deep love. It is always worth the cost. 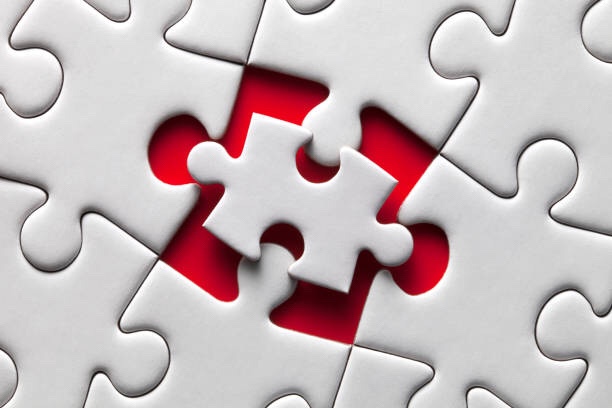 When you don’t fit where you used to, you grieve that like any other loss. But, if you don’t fit anymore, you don’t. Move forward. We aren’t supposed to have to fight for a place in people’s lives.

I was talking to one of my long time friends today and we were talking about regret or being able to go back and take certain things back. I told her that every little bit of our lives along the way, bad and good, make up where and who we are today.

When you feel like you don’t fit where you used to, it can take you to a really low place. It hurts! The thing to remember is; it’s not your fault, don’t stay there. Move forward knowing that God will place you where you fit, perfectly.